There’s been a lot going on here at Round Midnight since the start of the year. We’ve been touring our fantastic Theatre in Education performances “Straight Talking”, “Keep It Between us” and “Follow Me”, with great feedback from all schools:

“What a brilliant , inspirational performance.  It captivated the pupils due to its relevance.  The topics were interesting with clear messages, wonderfully orchestrated. Highly recommended.” – Redditch Deputy Headteacher re. Follow Me

Throughout January the Round Midnight team have been working with students from Plantsbrook School and George Salter School in preparation for the Educate and Celebrate School Showcase. Both groups devised comedy pieces based on the themes of Sexual Orientation and Gender Identity. The showcase on Tuesday 2nd February was an absolute hit and our groups performed brilliantly! The pieces will be available to view on film later in the year. 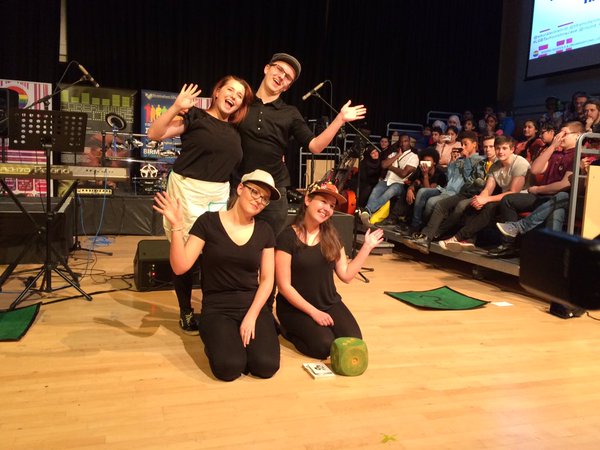 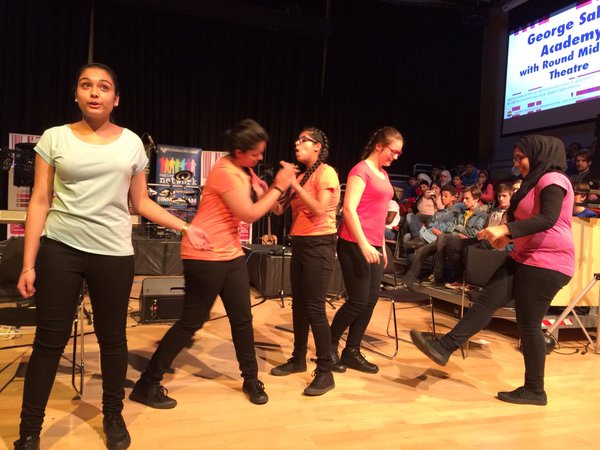 Adrian Packer, CEO of Core Education Trust had this to say about our performances -“Congratulations on your exceptional achievements with the young people who performed at the LGBT event last night. The work was bold, intelligent, sensitive and executed with refreshing clarity and commitment.”

Earlier in January Round Midnight also worked with the pupils of Abbey Primary School to create a Tudor play in a day as part of our “Mystery of History” workshops. The pupils spent a day learning a traditional Tudor dance, an original song and two comedy scenes all about King Henry VII and King Henry VIII (and his six wives of course!). The day was a great success and the pupils were fantastic!

Amongst all this, we at Round Midnight have still been carrying on with our weekly drama sessions at Edmund Campion, there’s been American Accent workshops at Lyndon School and training programs with AoC. It’s all happening!