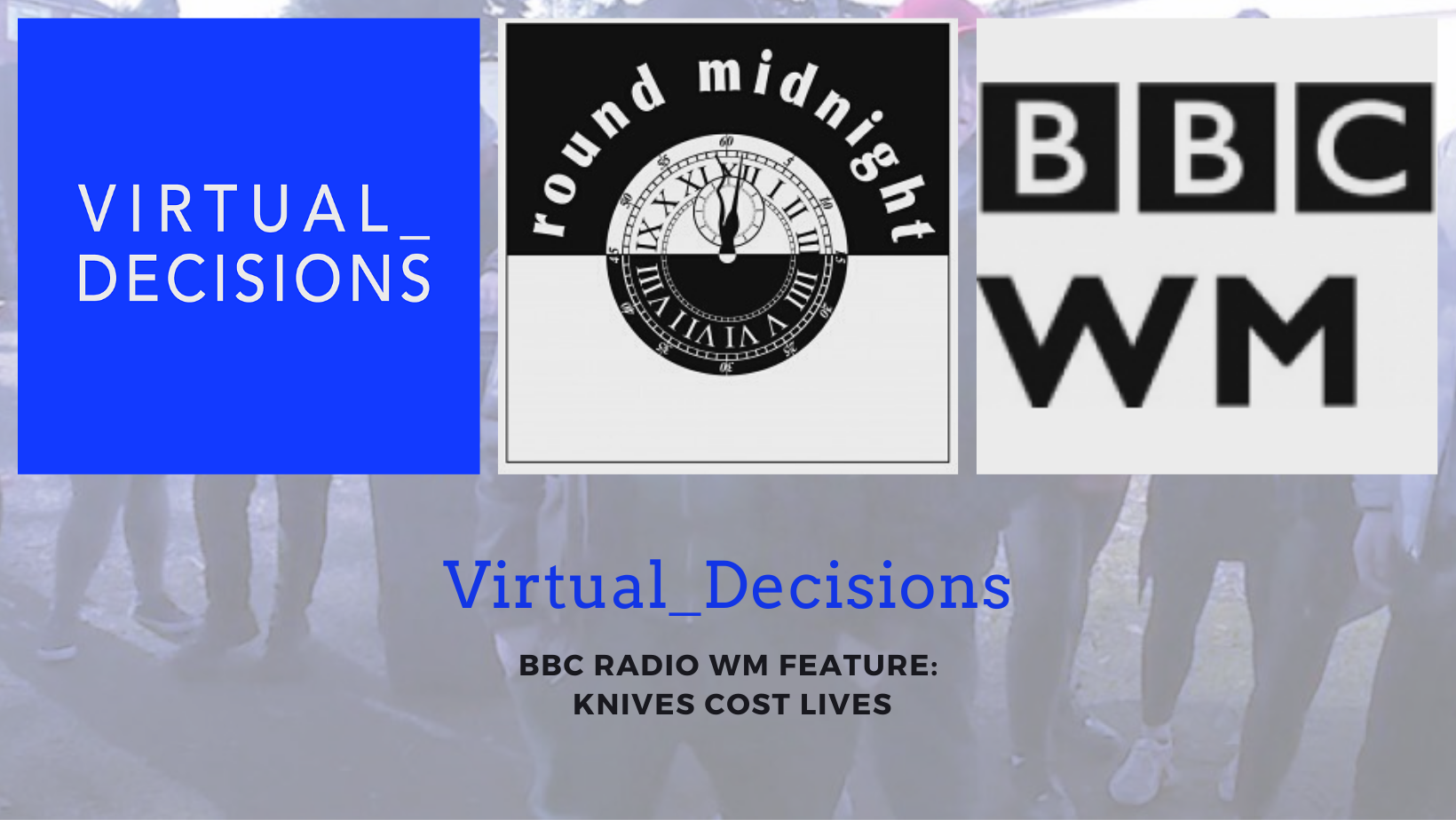 Round Midnight were visited by BBC Radio West Midlands Journalist Robert Trigg as part of the BBC WM ‘Knives Cost Lives’ Campaign. Robert came along to our Birmingham office to try out Virtual Decisions: our groundbreaking VR experience that deals with PSHE based topics through tech.

“That is so immersive, it’s unbelievable, you’re totally there”.

The ‘Knives Cost Lives’ campaign is a collaborative project between BBC Radio West Midlands and the Police and Crime Commissioner to bring awareness to the rising issue of knife crime in and around Birmingham and the greater Midlands area.

BBC Radio West Midlands ran features throughout the Breakfast show during March, and a number of amnesty bins were put in place across Birmingham and the Black Country.

This vital initiative comes alongside a rise in concerns over knife crime as our young people return to schools, and to a sense of normality, as the COVID-19 restrictions begin to lift. There is fear that the social media rivalries that have lived and developed in the virtual world throughout lockdown could become real world problems as young people find their freedom again.

“John Apter, Chairman of the Police Federation of England and Wales, said social media sites “have been a breeding ground” for gangs to taunt each other”

Round Midnight were approached to be featured in the ‘Knives Cost Lives’ campaign and there seemed no better way of showcasing the impact of Virtual_Decisions – our virtual reality experience that deals with youth violence and gang culture – than to have reporter, Robert Trigg, experience it first hand.

And like many of the young people we work with in schools, youth centers, and out reach facilities across the country, Mr. Trigg was blown away by how immersive and intimidating the experience is.

This decision-led process puts the headset user into a brand new, totally realistic, 180° situation. The choices that the individuals make within their own Virtual_Decisions journey determine their overall experience: with over 3000 variations of the film’s virtual path to follow.

And how did Robert Trigg find his Virtual_Decision’s journey?

You can hear about it for yourself here in our BBC Radio West Midlands Breakfast feature:

For more information on the Virtual_Decisions program click here.