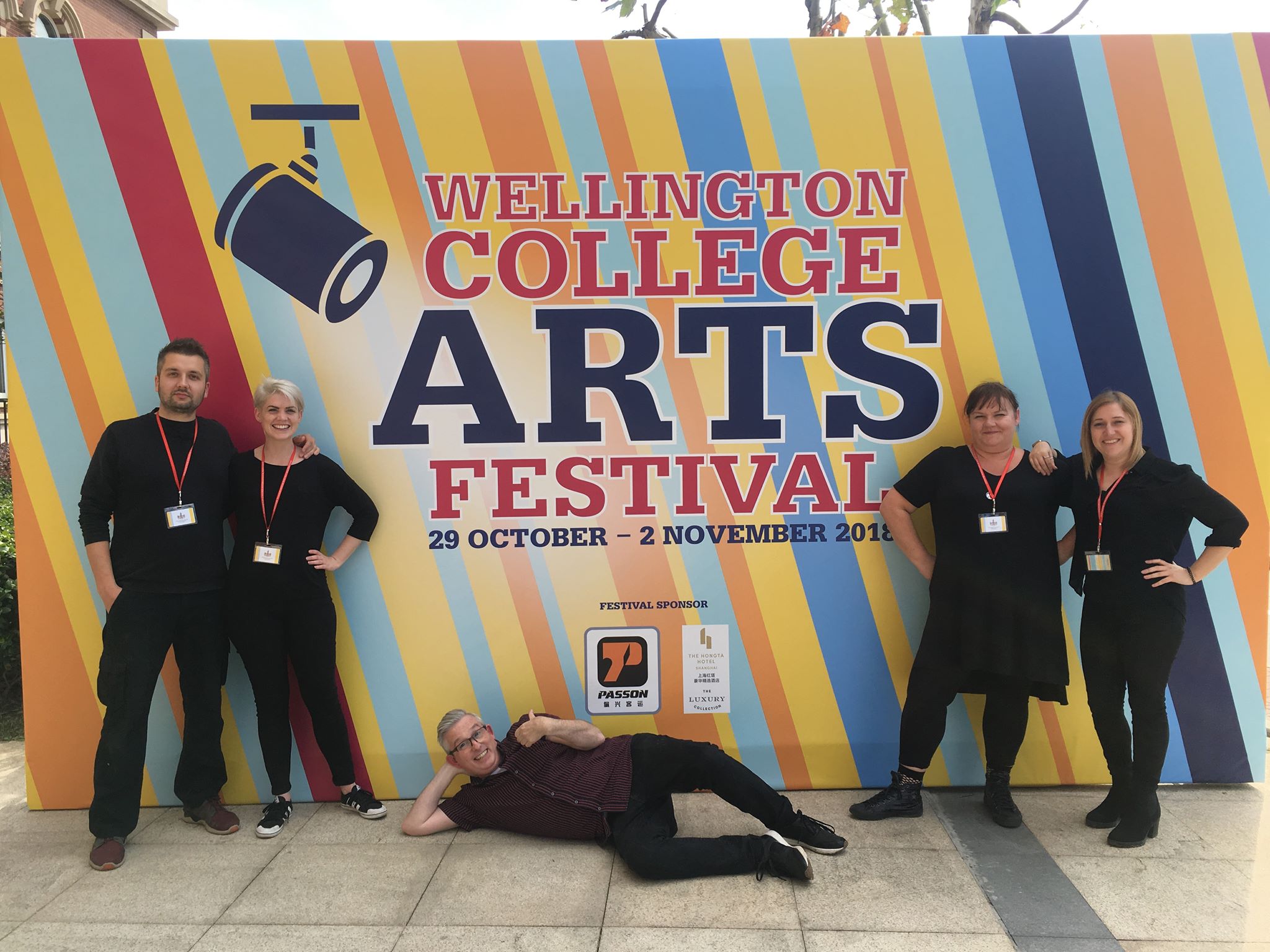 The past few months have been very VERY busy for Round Midnight. In fact, this is our first post in a while so we have a lot to talk about!

In October Round Midnight embarked on our 8th trip to China! We first spent a week in Shanghai being part of a great team that produced and staged the debut performance of ZOOM. In only 4 days, the pupils of Wellington College Shanghai worked tirelessly on the 30 minute performance based entirely on the wonderful poems of leading UK poet Simon Armitage. The 800 strong cast performance included an original score composed by renowned saxophonist John Harle, animations by sound architect Richard Scott, live music performed by the school’s fantastic student musicians and conducted by international musical director Jeremy Avis, and finally movement choreographed by the Round Midnight team. We are so proud to have been part of this project!

You can read all about it here.

Our second stop in China was to Huili School Shanghai, a brand new bilingual school. We are proud to say that we are the first theatre company to visit the school and work with it’s amazing students!

Here’s what they had to say about the experience:

“Grades 3 to 6 were invited to take part in a variety of sessions including workshops delivered by our fantastic partners Round Midnight, a theatre group from the United Kingdom. Pupils took pride in their houses by exploring the theme of ‘Identity’… We are already looking forward to making it an even bigger and better event next year.”

After working with the pupils, we delivered a creative arts workshop for their parents. With over 60 parents coming along, it was the largest and most successful RM parent workshop to date! We were thrilled to showcase the work we do with young people – demonstrating our methods and helping the participants to experience and understand the importance of creative arts in education.

We also spent time with Nord Anglia Chinese International School Shanghai where we worked with their pupils on the theme of friendship and resolving conflict. The pupils’ input was fantastic and they really excelled in the sessions.

Moving onto our second city of the tour, we worked with the pupils of Wellington College Tianjin on the theme of stories and animals. We focused on The Smartest Giant in Town, Peter Rabbit and James and the Giant Peach. The pupils were brilliant and we had a great time exploring these stories with them!

Our final stop on the tour was to Hangzhou, where we visited Huili School Hangzhou to work with the pupils on school identity and celebrating their school values. Using drama games and exercises, we explored  each value and it’s importance to each pupil and their school life. They were fantastic and we can’t wait to work with them again!

Meanwhile, back in the UK…

In the past few weeks we have re-enacted a Roman battle with the year 4’s of The Willows Primary School, been in rehearsal for some of our Theatre in Education pieces and continuing the film and drama sessions at University of Birmingham School. We’ve had the pleasure of returning to Greenwood Academy to perform multiple shows to the year 9’s and year 7’s, including “I Want To Be”. In this piece about careers and aspirations, the pupils learnt about how to apply themselves at school, how to balance a work/social life and how to interview for a job.

Coming up, we’re back in Ormiston Sandwell Community Academy this week performing a brand new TIE piece about risk-taking behaviour and binge drinking (more info on that soon!). We’ll also be continuing to develop some new exciting ideas that we will be able to announce early next year.

What a busy year it has been for us! With our “Make It Count” tour, two tours of “Cutting Ties”, two fantastic trips to China, and many many exciting things in the pipeline, 2018 has been very successful indeed. We can’t wait for what the new year will bring!