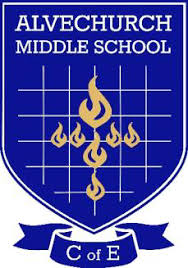 Early in March 2019 Round Midnight performed the hard-hitting and very relevant Theatre in Education program “Cutting Ties” to the pupils of Alvechurch Middle School.

“Cutting Ties” is an hour-long interactive piece that explores the severity of knife crime amongst young people and it’s devastating consequences. The year 8 audience were absolutely fantastic, offering the characters in the piece well thought out advice and positive alternatives to their actions.

Mr Evans, the School’s Citizenship Coordinator was very impressed with the performance and was kind enough to write this fantastic review. Thank you to Mr Evans and the wonderful pupils of Alvechurch School

Once again Round Midnight set the bar high on the effectiveness and impact of their performance. Each performance they have done at our school has greatly impacted the pupils and staff in terms of bringing awareness to various issues. This performance of ‘Cutting Ties’ was enjoyable for the pupils and held their attention while simultaneously having a high amount of impact on their awareness of knife crime.

Using the characters in the performance, who are themselves ‘school children’, enables the pupils to see the same issues represented for their age group. Having a higher awareness of knife crime is important for our pupils here at Alvechurch as reports of an increase in rural area stabbings and drug crime are on the rise. There is a known local park in Alvechurch that also has an issue with drugs. All of the issues addressed during the performance was relevant to the difficulties that our pupils either do face or will face.

Having a theatre performance represent these issues is a great way for the children to understand the issue. The performance of ‘Cutting Ties’ having such relatable characters means the children’s interactions with the characters during the ‘Stop’ [forum theatre] part is so much more meaningful as they are able to fully understand each character’s perspective of the situation and issues through this.

Round Midnight’s performance has a great impact on our school community and we are thankful that they were able to come and perform to our pupils to raise awareness of the growing issue of knife crime.

This performance was funded by Bromsgrove County Council, 2019.

For more information on our performance of Cutting Ties, please click here.